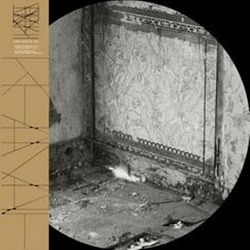 The untimely demise of the mighty Khanate caused perhaps not more than a ripple in the now overwhelming 'metal' scene; for the few hardcore enthusiasts, not just doom aficionados, in case you were wondering, that closely followed the group, however, news of their disbanding struck a sensitive nerve. Carefully niched besides all things Sunn O))) and on the outer fringes of doom metal, Khanate forged such a strong identity it was difficult to remain indifferent to their offerings. Evidently, the unhinged and acerbic tone of their releases was all but entirely lost on the metal masses, but for those wilful enough to endure the first two listens - which are about as enjoyable as being hopelessly stranded in an abandoned industrial area for months -, as the 'songs' slowly unfurled, as should be the case with such a medium, the deranged beauty of them starts to come through. It is a cliche to claim that some albums need some time to 'grow' on the listener, but the obvious fact is that you cannot possibly hope to comprehend anything that goes on in a Khanate album unless you subject yourself to its whims for a decent number of hours. Otherwise, the apparently conspicuous lack of structure and useful points of reference simply destroy any semblance of musical logic and the listener is left grasping at straws for any support that, evidently, does not come.

Everything changes, however, for the third or fourth time you go through the music. The over-stretched musical patterns start to make sense and the 'riffs' - if you'd call them that - inexplicably congeal in imposing monoliths that force you to take a step back and admire in awe. Much like ambient, noise, drone and similar genres, Khanate's brand of doom requires slow and abandoned contemplation in order to make sense. In slight contrast to these, however, atmosphere is not the main point of the exercise and the structure of the songs itself carries plenty of weigh, just like in any run-of-the-mill rock song. The beauty of it, of course, is while you constantly rediscover new things (yet another cliche), the atmosphere is firmly and unequivocally conveyed by the structure of the songs, rather than being at the complete whim of the listener. It certainly deprives you of interpretative license, but great artists have always been forgiven for treating their audience in such a way. In fact, that's why they are great artists in the first place.

As for 'Clean Hand Go Foul', as a final opus it could hardly be any more fitting. The first three tracks play around with Khanate's customary trilogy of maddened, tortured screams, melancholy-tinged acrid riffs - suitably drawn out throughout the songs in a succession of almost meaningless clusters - and sparse, punctuating drums. One thing that has always intrigued me about the band was how the rhythm section doesn't work like one at all. This album extends that approach by letting the drums sound as just another expressive instrument, with guitars and voice providing the structural backbone while the bass sets the tone of the song. The final piece, a half-an-hour plus mind-fuck titled (Hell Is, one is tempted to add) "Every God Damn Thing", sets off by numbing the listener almost to cardiac arrest with a disturbingly eerie atmosphere that is only undercut by the occasional maddened rant and a seemingly senseless dabbling on the drums. The entire track is an almost unnoticeable crescendo slowly gathering momentum towards the unavoidably anticlimactic finale, and although on first impression it sounds like little more than a bizarre backdrop to a madman's soliloquy, after one is immersed in it for long enough, it is incredibly hard not to grasp its sick and depraved appeal.

Khanate's swansong does not come close to lending any veracity to the expression, but the snorts, grunts and yells they have put to tape have, arguably, never sounded any more beautiful.